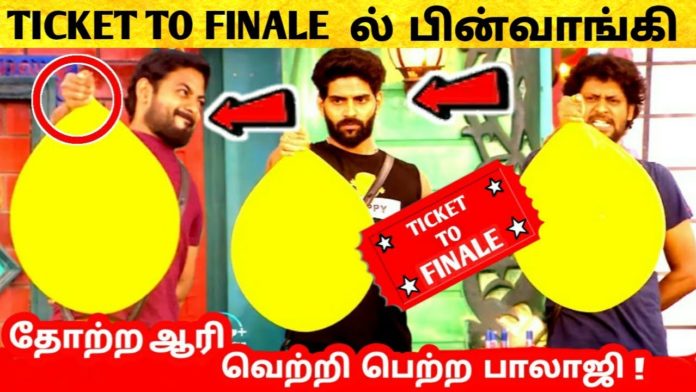 Balaji and Aari are locking horns in the house while their fans are spewing hatred across social media platforms. However, the ultimate answer to the battle of the ‘fittest’ will be witnessed in the ‘Ticket to finale’ tasks. Balaji’s physical prowess will put pressure on Aari and the rest of the contestants.

Meanwhile, the fans of Aari listed out fifteen reasons why Balaji does not deserve to be the winner of the Bigg Boss Tamil 4 ‘Ticket to Finale’ winner. These reactions were a reply to Balaji’s fans getting excited about Balaji’s potential victory in a ‘Ticket to finale’ task.

Here are the fifteen reasons why Aari fans don’t want Balaji to win the ticket to finale and enter the finals of Bigg Boss Tamil 4: