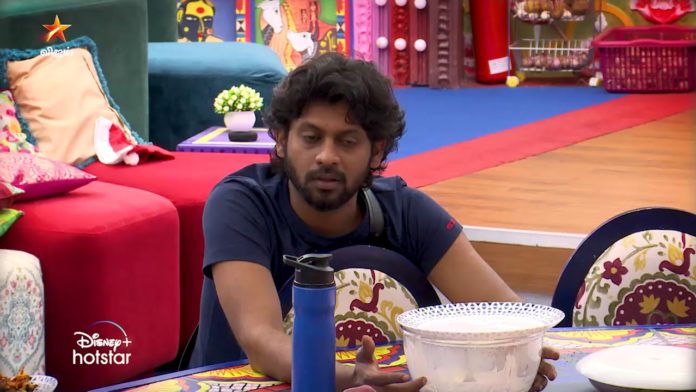 Aari, who had been quiet for the first three weeks of the Bigg Boss show, had been challenging ‘I was going to reveal everything that happened inside the house’ from the fourth week onwards. It is noteworthy that Aari’s fan base or army, which began on that day, continues to this day in the Bigg Boss house and that those who opposed Aari and fought with him were evicted one by one as his fans’ votes against them.

It is noteworthy that Aari fans took Ramya to the fourth position in the eviction last week and showed her vulnerability. Aari, who had similarly evoked fear in Bala, now seems to have caused fear in Rio.

When Rio said about Aari in today’s 2nd promo video, ‘Aari has evoked fear in everyone as he keeps pointing out mistakes in others and warning them how it appeals to the viewers who are watching it. Bigg Boss is a game that has to be played as a team, but the single-handedly keeps nitpicking others’ mistakes. I have spoken about it to him, but he seems not to listen to anything I say. But he creates a kind of hatred.’

Also, Rio said that he is angry about some of the words that Aari spoke. Netizens have been claiming that Aari has shown fear to Rio, and it will be interesting to see if Rio survives eviction as Aari fans will be targeting him and will be voting against him.