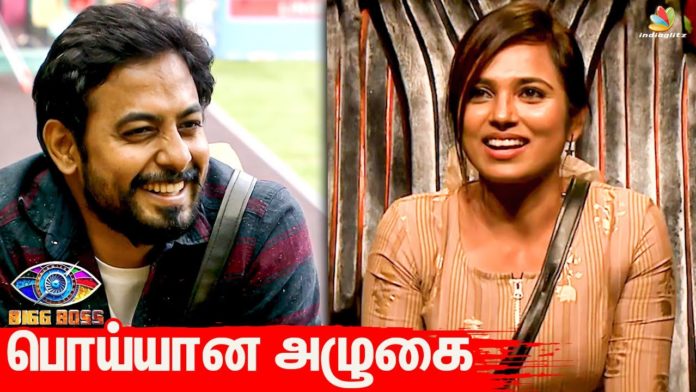 Viewers are ready to vote out one of the trios of Aajeedh, Shivani, and Gabriella every week at the Bigg Boss house. But before that, some housemates collide with Aari in some arguments, and they are being evicted one by one.

Aari has a huge fan base on social media, and the first target of his fans is those who teased Aari and fought with him. It is noteworthy that Samyuktha, Archana, and Anitha, who had a confrontation with Aari and spoke angrily with Aari, have been evicted for the past three weeks, which is why all three, including Aajeedh, remains safe from elimination.

Ramya has mocked Aari this week, and hence Aari fans will be targeting her for eviction instead of Aajeedh, a weak contestant. Today’s promo video shows Ramya and Shivani talking about Aari without realizing that those who fight with Aari are being evicted every week.

But at the same time, it is revealed from the videos so far that only Rio has nominated Ramya. It is noteworthy that if someone else nominates Ramya and is on the nomination list, Ramya will be the Aari fans’ target this week.

So it is a shock to neutral viewers whether Aajeedh will be saved once again from eviction this week.