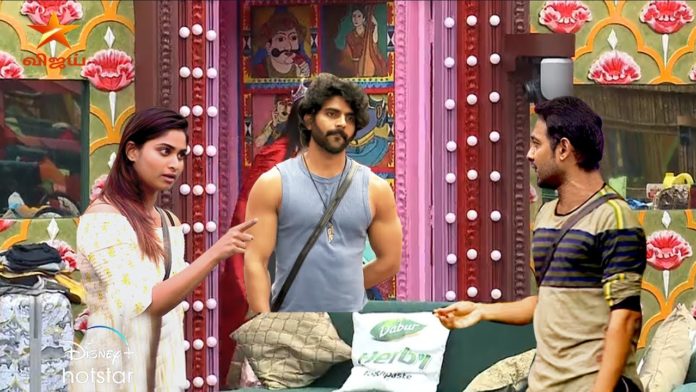 This week is going to be crucial for the contestants in Bigg Boss Tamil Season 4. Since last week was Diwali, no one was eliminated. Today, new set of contestants will be nominated for this week’s elimination. Anitha Sampath, Aari and Suchitra’s names received a large number of votes.

Balaji Murugadoss’s name was also there in the list. Aari nominated Balaji and claimed that his blind love for Shivani doesn’t help him see clearly. After everyone else finished voting, Bigg Boss revealed the reasons followed by the contestant’s names.

Balaji was irked to know that the contestants think he loves Shivani. He revealed that he does not love Shivani and told the contestants not to have false thoughts. Balaji also told Shivani that he will directly tell her if he feels anything for her.