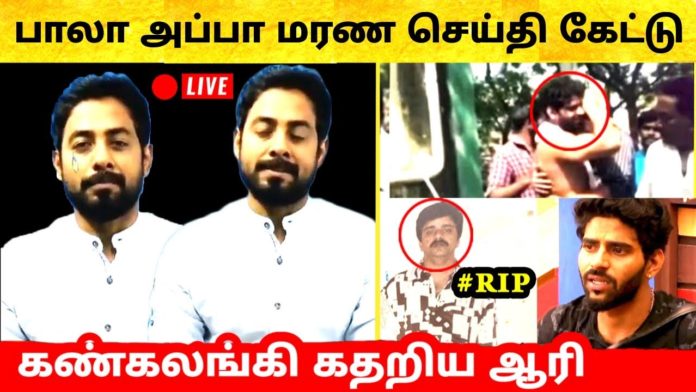 We have already seen the news that the father of Bigg Boss show runner Balaji passed away yesterday. Upon learning of this, Balaji’s fans and Balaji’s fellow contestants who attended the Big Boss show offered their condolences and condolences.

In this situation, shortly before the death of Balaji ‘s father, Aari expressed his condolences on his social media site. He said: ‘I was deeply saddened to hear of the death of Balaji Murugadoss’ father. May his family find strength and courage in these difficult times. ‘

It is noteworthy that Aari and Balaji had a good understanding even though they often fought with each other during the Big Boss show and both of them apologized to each other for their mistake from time to time. It is also worth noting that they both won the title of winner and runner-up at the end of Bigg Boss 4 Tamil.

Deeply saddened to hear the demise of Balaji Murugadoss's Father.. May the family have the strength and courage in these tough moments.