Home Entertainment A R Murugadoss tweets about Darbar movie with a photo and a...
Facebook
WhatsApp
Twitter
Telegram 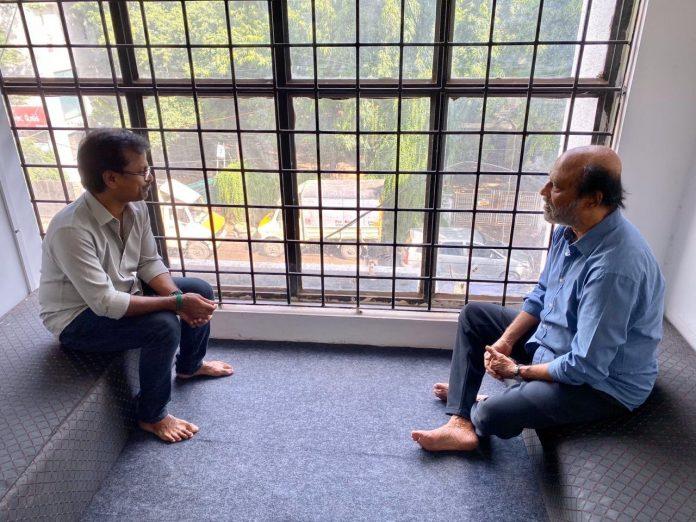 A R Murugadoss directed Darbar is one of the most anticipated Tamil movies of 2020 and it stars Superstar Rajinikanth in the lead role with Nayanthara as the female lead. Super Star Rajinikanth will be taking up the role of a cop after a longtime in this movie and it’s expected to be a political thriller with a lot of punch dialogues and action sequences.


Now Director A R Murugadoss has tweeted about the completion of Darbar dubbing and has praised Rajinikanth’s dedication and hard work. He has tweeted “One of the best Dubbing sessions in my life… Thalaivar Darbar dubbing completed. ????????????????”. He has also shared a photo of him sitting opposite to SuperStar Rajinikanth. This photo shows the simplicity of Rajinikanth, are you excited about Darbar movie? Comment below.

One of the best Dubbing sessions in my life… Thalaivar Darbar dubbing completed. ???????????????? #DarbarThiruvizha @LycaProductions pic.twitter.com/CzSYc1aKti

#Thalaivar begins to give life to the character ????

Getting reminded of the #Enthiran making video