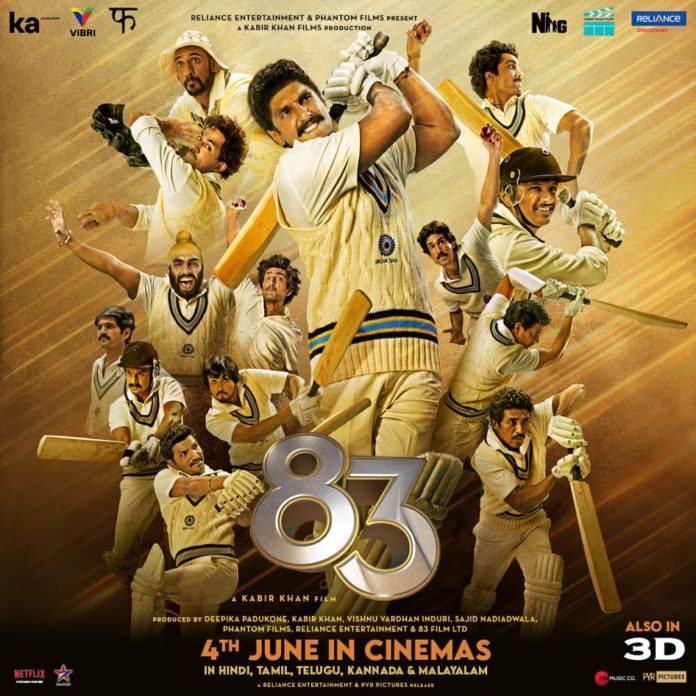 It is learned that Kapil Dev was the first Indian cricketer to win the World Cup, and his autobiographical film titled ’83 ‘was being made.

The film’s official release date has been announced shortly as the shooting of the film is over and post-production is in full swing. The film is set to release worldwide in theaters on June 4

Directed by Kabir Khan and composed by Julius Bakhtiar, the film has been highly acclaimed and is available in 5 languages: Tamil, Telugu, Kannada, Malayalam, and Hindi.