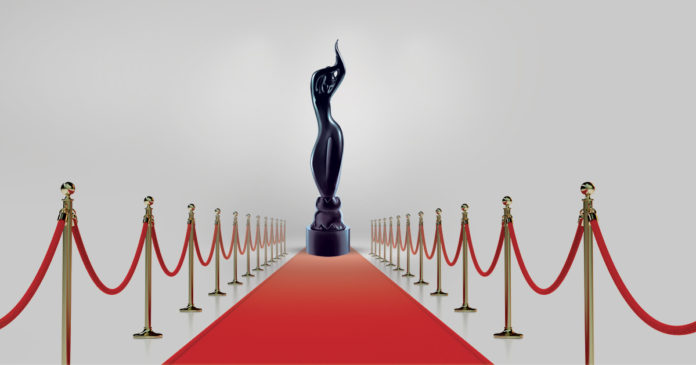 To honor the Hindi film industry, the Filmfare awards going to happen with various category of awards. The grand Filmfare festival is going to take place on August 30, 2022. Mainly Filmfare is sponsored by WOLF777 followed by many other sponsors who present this 67th Filmfare Awards. The red carpet, elegant evening, people with their special attires, exciting performances and so on going to catch the eyes of the film lovers.

As sources taken from the film news medias, the 67th Filmfare awards 2022 going to be held on August 30, 2022 in  Jio World Convention Centre, Mumbai. Yes, at the recent press conference about Filmfare Awards, they announced the venue and shared some footage of the award ceremony.

Ranveer Singh, who won the Filmfare award for the four times in best actor category is taken part of recent press meet as special guest. Also he announced that he will host the 67th Filmfare award ceremony. Also he added “According to me hosting takes ten times more work and ten time the amount of the time” in conversation. According to sources on social media platforms, Ranveer Singh and Arjun Kapoor will be presenting the 67th Filmfare Awards.

As the winner list is chosen by the public, the winner lists are not yet confirmed. We will publish the final nomination and winner list soon. Stay tuned for more information on the 67th Filmfare Nominations and Winners List.